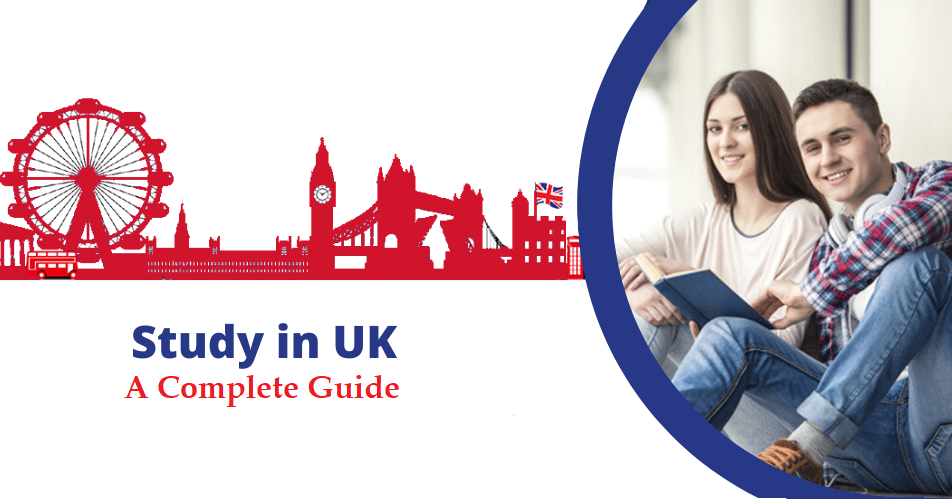 The Study in UK possesses an authority in providing education and a status of dominance in the world of learning. With some of the most ancient and prestigious universities in the UK, the education establishment has always attracted the brightest of students presenting a wonderful networking opportunity to work together in a truly global marketplace. The diverse range of courses offered by UK universities has resulted in UK being the 6th highest ranked study destination in the world. Moreover, 4 of the Top 6 Universities in the World Benefits of studying in UK.

# The UK is one of the most sought after countries for higher studies.

# The country offers a vibrant and multi-ethnic culture and is considered as the best multi-lingual and cosmopolitan with no racial discrimination.

# UK Degrees are recognized and respected all over the world. It’s the oldest established educational system which is still succeeding in a global competition.

# The UK also gives many opportunities to explore various industries to start a career with.

# Vast choices of Institutions and subjects with flexible programs

# The creation of a new two-year post-study work visa route will encourage more individuals to go to the UK for higher studies are in the UK.

Cost of Studying in UK

Course fees will depends on the course and colleges

Scholarships to study in UK for Indian students:

Numerous funding options count for a higher attractiveness of UK universities. Indian students who want to study in UK can easily reach access to scholarships awarded from different resources. We highly recommend you take your time and do a little research to find one because it can alleviate a big financial burden.

Here are the government-funded scholarship schemes in UK:

Except for the UK public scholarships for Indian students, there are also a lot of universities or other third parties which offer numerous funding options for their international students.  Some of them include the followings:

The Organisation for Economic Co-operation and Development (OECD) economies, also known as the developed economies, have experienced a structural shift from manufacturing toward services given the emergence of BRIC countries and other Asian economies in the manufacturing sector. In particular, the knowledge intensive industries such as Communications, Digital and Information Services, Financial and Business Services, Research and Development as well as Education account for a third of the UK output and a quarter of total employment (BIS, 2013). Other established sectors include Health Care, Real Estate, Hotels and Restaurants etc.

Students have to pass one or more additional tests before they can be considered by most universities for admission. These range from the standardised graduate and college admission tests such as GRE, GMAT and SAT to English Language tests, such as TOEFL and IELTS.